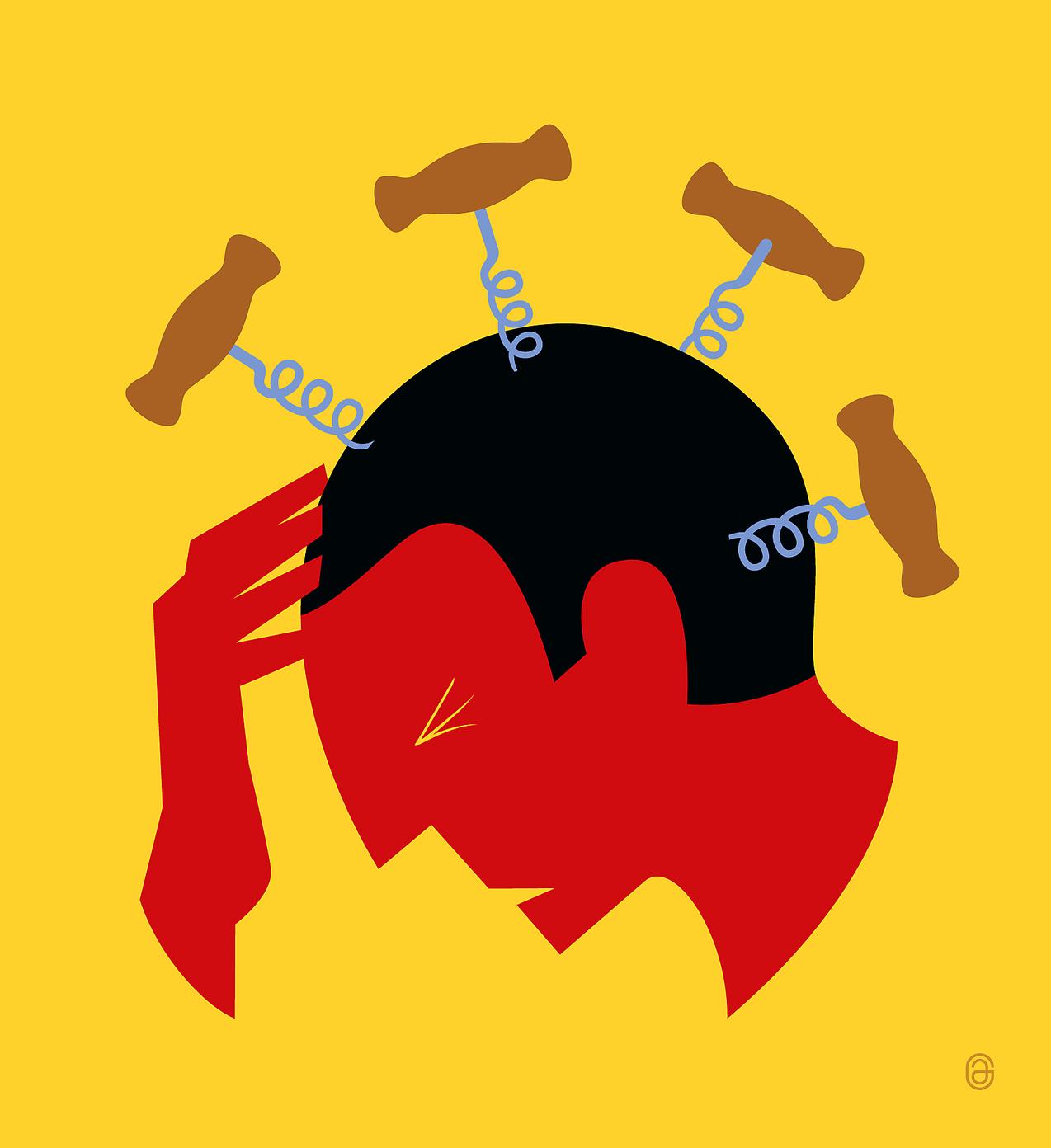 Written by admin on September 12, 2019. Posted in Allergies and diet

Most of us associate the word histamine with pollen and allergies but histamine is one of the key compounds that connect many of our body’s processes.
There are four histamine receptors in the body, H1, H2, H3 and H4, and only H1 and H2 are involved in our allergenic response to pollen, creating common symptoms such as congestion and sneezing.

‘Histamine is an organic nitrogenous compound involved in local immune responses, as well as regulating physiological function in the gut and acting as a neurotransmitter for the brain, spinal cord, and uterus.[3][4] Histamine is involved in the inflammatory response and has a central role as a mediator of itching.[5] As part of an immune response to foreign pathogens, histamine is produced by basophils and by mast cells found in nearby connective tissues. Histamine increases the permeability of the capillaries to white blood cells and some proteins, to allow them to engage pathogens in the infected tissues.’

It is Bacteria that produces Histamine.

It took me many years to establish my reaction to histamine rich food and drink, because often the reaction to histamine may not be immediate. Also histamine builds up, and a food that may not have too much of a negative impact one day may well be disastrous another, perhaps causing symptoms such as tachycardia, headaches, dizziness and extreme fatigue. These symptoms could be mistaken as gluten intolerance or a myriad of reactions to other foods.

Fermented Foods are HIGH in Histamine!
In fact, it wasn’t until my mid-forties did I manage to put my finger on a series of extreme responses to high histamine foods, and it began after eating sourdough bread. You see histamine is found in foods that are aged or fermented such as pickles and cheeses, smoked fish, beer and wine and sourdough (it is the bacterial starter in the dough that is often very aged).

But what does histamine have to do with the antibiotic Doxycycline?

Lyme Disease and other Co-infections.

Whilst being treated with Doxycycline antibiotic for Lyme disease, I had some very dangerous responses, which at the time I put down to a Herxiemer reaction. Until I eventually experienced a respiratory arrest. I subsequently spent many years trying to unfold the response I had to this medication. It was whilst observing other somewhat extreme responses to certain foods I was having, that I began to suspect that histamine may be involved. If you have a high bacterial load such as I had before treating Lyme Disease with antibiotics, you may find yourself killing off bacteria quicker than your body is able to cope and the Herxiemer reaction which, if you have a problem with degrading histamine due to certain genetic polymorphisms such as DAO or the AOC1 Gene, can potentially be a dangerous response;

Another gene SNP that can result in high Brain Histamine is the HNMT gene, and high brain histamine has been linked to migraines and certain kinds of psychotic behavior. Dr William Walsh, Ph.D., FACN, is the president and founder of the non-profit Walsh Research Institute and is a renowned international speaker on brain chemistry, behavior, learning, and mental health disorders;

‘Whole blood histamine is a great indicator for those suffering from depression associated with methylation abnormalities. Methylation directly affects histamine. If you are undermethylated, you will tend to have very high whole blood histamine levels’. https://selfhacked.com/blog/dr-william-walsh-lab-tests-for-mental-health-issues/

‘HNMT codes for histamine-N-methyltransferase, the second major enzyme (after DAO) that breaks down histamine. HNMT is found throughout the body and (perhaps most importantly) in the brain. It deactivates histamine by adding a methyl group.
Variations in the HNMT gene have been associated with chronic hives and eczema as well as neurological symptoms’. https://www.selfdecode.com/blog/article/brain-histamine-hnmt-13

Aged and fermented foods can cause histamine spikes.

As you can see It’s not just histamine high foods or genetics that are causing problems with histamine intolerance and conditions such as Mast Cell Activation Syndrome. New research is revealing that also bacteria in the gut can be the cause of too much histamine!

Histamine intolerance can be associated with gut dysbiosis

There has long been a hypothesis that there is a link between the microbiota and asthma. In fact, the website Asthma Uk lists histamine foods as potential triggers for asthma.

A recent study found the amount of histamine producing bacteria in asthmatics was significantly higher than non-asthmatics.https://www.jacionline.org/article/S0091-6749(16)30709-6/abstract

As a result, it is hypothesized that increased levels of histamine producing gut bacteria interact with histamine receptors, to cause the asthma symptoms.

A high incidence of people who acquire histamine intolerance and small intestinal bacterial overgrowth (SIBO) are women, and just like our predisposition towards Autoimmune conditions, the culprit is Estrogen.

Histamine and estrogen are intrinsically linked.

Which hormones affect which cells depends on whether the “key” or hormone fits the “lock” or receptor on the cell. Receptors interact with and bind to specific hormones.

Both histamine and estrogen attach to the H1 receptor.

Estrogen stimulates the release of histamine from mast cells in the uterus and ovaries in a dose-dependent manner. The more estrogen that is circulating the more histamine will be released.

At the same time, histamine stimulates estrogen, leading to a vicious circle’. https://alisonvickery.com.au/estrogen/

So what can we do to break down high levels of Histamine?

According to Jasmine Foster writing for Joe Cohen, the best natural antihistamines include forskolin, EGCG, quercetin, vitamin C, and probiotics containing Bifidobacterium longum. Here you can read about 33 natural anti-histamines.

Slow methylation and high histamine seem to go hand in hand and so supporting the bodies methylation process with products such as SAM-e
S-adenosyl-L-methionine, also known as SAM-e may be beneficial.

Avoiding high histamine and histamine-releasing food and drinks is helpful, especially things such as wine, beer and champagne (the top three culprits and the hardest to avoid for many of us!). Fermentation results in higher histamine levels than distillation when it comes to booze, so if you have to drink, white spirits are less likely to make you feel rough if you have histamine intolerance.

Alternatively adding in a supplement of DAO by taking two pills at each meal may help but finding the root cause for the histamine intolerance could be important. This could be a long journey, but one which an alternative or functional medicine practitioner will help you with. Studying your genetics can shed some light, but also establishing your gut health and infection status can be achieved accurately with bioresonance testing.

When all else fails there’s fasting

I intermittently fast every day. This helps me reset my histamine ‘bucket’, and ensures I’m back to square one. I use the time spent sleeping as a natural way to sail through what could be a chore, and simply keep fasting until lunchtime. This is easy unless I’m up really early, in which case I do eat breakfast. It’s a failsafe way to ensure you’re not adding further histamine burden to your diet. Of course, fasting doesn’t suit everyone, check with your practitioner before doing so.

This article is written in the memory of a very inspiring woman Yasmina Ykelenstam from Healing Histamine.

Trackback from your site.

By continuing to use the site, you agree to the use of cookies. more information