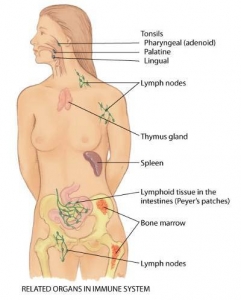 Cancer, Lyme and other diseases – a connection?

Written by Louise Pascoe on July 9, 2016. Posted in Cancer, Uncategorized

It was the word to avoid on a myriad of health forums. Until recently, that is. Now, it appears that sufferers of cancer, Lyme Disease and many other conditions are joining force, and that can only be a good thing.

A uniting issue has been the use of GcMAF, the protein that has come to the fore globally, predominantly to fight cancer. It’s also having impressive outcomes for other health problems. This is because it helps the body to produce macrophages – a crucial part of the human immune system:

“Macrophages play a significant part in immunity and immune responses. They assume a defensive role exhibited by their ability to carry on phagocytosis of parasites and microbes. They regulate lymphocyte activation and proliferation and they are essential in the activation process of T- and B-lymphocytes by antigens and allogenic cells. Enhanced bactericidal activity of ‘activated macrophages’ is based on immunologically linked mechanisms involving lymphocytes.”

GcMAF stands for GcMacrophage Activating Factor, and it does just that and a lot more. However, the integrity of research on GcMAF, conducted by Nobuto Yamamoto and colleagues, has been questioned. This research originally prompted claims regarding cancer and HIV. It is no great surprise that Cancer Research UK has warned the public about spurious claims regarding clinical benefits, apparently misleadingly based on reduced levels of the alpha-N-acetylgalactosaminidase enzyme (also known as nagalase), whose production might be increased in many cancers.

In July 2015, journalist Mike Adams reported the mysterious death of a successful practitioner in Florida, called Dr Bradstreet. Renowned for his skepticism of immunisations (particularly the MMR vaccine), and his progressive autism research, Dr Bradstreet was raided by the FDA one week before his mysterious death. The details of the raid remain largely unknown. Bradstreet was known to have discovered that the immune system is being compromised by nagalase and that nagalase was being introduced to the body through vaccines.

“Nagalese blocks the GC protein from attaching itself to vitamin D, thus preventing the immune system from doing its job and therefore causing cancer and other serious diseases. Without an active immune system, cancer and viral infections can spread rapidly.”

Remarkably, a significant amount of research is available on nagalase and the GcMAF protein. Citing a chapter from The GcMAF Book by Dr Tim Smith, MD, Dr. Broer said:

“Nagalase is like a stealth bomber. The nagalase enzyme synthesized in or released from cancer cells or a virus particle pinpoints the GcMAF protein facilities on the surface of your T and B lymphocytes and simply wipes them out with an incredibly precise bomb.
How precise? Nagalase locates and attacks one specific two-electron bond located only at the 420th amino acid position on a huge protein molecule, one of tens of thousands of proteins, each containing millions of electrons.
This is like selectively taking out a park bench in a major city from 6,000 miles away. More astonishingly, if that is possible, nagalase never misses its target, so there is no collateral damage.
Nagalase is being found in super high concentrations in autistic children.”

Dr Bradstreet and his colleagues also learned that the nagalase protein was not present in children at birth but was somehow introduced into autistic children, they felt, during the immunisation process.

Before his death, Dr Bradstreet treated 1,100 patients with GcMAF with an 85 percent response rate – something that was deemed impossible by the medical community.

The renowned MD and cancer scientist, Mark Rosenberg, writes for the
Foundation for Alternative and Integrative Medicine:

“But… there is an issue. GcMAF is naturally produced in the body, so a patent cannot be obtained on the substance. This may explain why his exciting studies have generated little to no interest by the pharmaceutical industry.”

I feel tremendous empathy for the people suffering with cancer, who must be confused by contradicting information and may want to trust an alternative route but are dismayed by the negative press. I can only talk from experience. Whatever you research online, you will find polarised opinions. Perhaps this is the law of nature manifesting itself within the realms of virtual reality.

I use GcMAF topically. It is easier and cheaper to apply it that way than through IV. The product is sold as skin cream and so evades certain legal restrictions.

I had been applying it to the small area where lymph nodes are often sore, on my neck and under my ears. For the first time in ages, I had noticeably more energy. I began cycling again. I witnessed a profound improvement in my symptoms all round, but mostly had more energy.

The sheer volume of positive feedback on relevant health forums is exciting. I’ve read heartfelt stories from people making progress for the first time in years. More progress is reported on the GcMAF forums than what I’ve seen on the forums for Lyme Disease, or any other related health forum.
Some time ago, I realised that my lymph nodes are affected, or infected, and this must include what is known as Payers Patches. These are lymph nodes that reside in the gut. To activate lymphocytes in this area (remember we are activating our immune system, and lymphocytes play a big role therein), a novel approach has been developed. In truth, its the oldest trick in the book – yogurt, or fermentation.

A brand of super gut healing yogurt called Bravo exists. At a hefty price of around $200 for the culture (you can make your own thereafter), there was little chance of me trying it. Fortunately, a forum friend posted a recipe to make it at home. This, apparently, does the same thing as Bravo but with cheaper ingredients. These are: fermented colostrum, Bifido (probiotic) cultures and a form of sulphate and oleic acid (from olive oil). You can read about it here.

A Youtube video presented by Clive de Carle and to Dr Reinwald claims that another product called Rerum works even better than Bravo and that the combination of oleic acid, chondroitin and vitamins D3 and D2 are the most crucial components of Bravo yogurt.
Only time will tell. Today, I had my first dose of the homemade colostrum MAF yogurt.

I liked a comment posted below the Youtube video, which stripped the issue to the bare bones. This brought back the underlying element that Lyme Disease and cancer could have in common – fungus.

“The real question is why do cancer cells require 18X more sugar-glucose than any other normal cells. Shouldn’t make any difference, right. Maybe because the unhealthy (compromised immune system) stem cells are being invaded by a species of fungus (mycotoxin) that has learned how to penetrate cells over millennia. Yeast, candida, fungus all thrive on sugar but cannot feed on ketones from a ketogenic diet. Antibiotics are also a fungi… a fungus given to us in pill form to help kill a bacterial infection. One organism wiping out another… competing in the body for territory and nutrients. Now comes Rerum and Bravo… as super probiotic wiping out the cancer fungi parasite. This is also why so many plants and herbs do well fighting cancer fungus. Fungi too attack plants in the wild but the plants have natural anti-fungal defenses… garlic uses allicin, coconut uses capric acid, oregano uses carvacrol, apples use malic acid, cayenne pepper uses capsaicin and so on. Fungus are decomposers while plants are producers. The job of fungus is to put you back into soil, if you let it…”

Video presentation of Dr Bradstreet before his death:
https://healthimpactnews.com/2015/is-the-u-s-medical-mafia-murdering-alternative-health-doctors-who-have-real-cures-not-approved-by-the-fda/

Trackback from your site.

By continuing to use the site, you agree to the use of cookies. more information